Create an Account - Increase your productivity, customize your experience, and engage in information you care about.

The Deines Cultural Center at 820 N Main is the culmination of a dream for the Deines family. In 1989, J. Luther Deines presented an offer to the city of Russell consisitng of the artwork collection of his brother, E. Hubert Deines; the former Deines Brothers Furniture Store building to house the collection; and a cash gift of $259,620 to renovate the building into a cultural arts center.

After careful consideration, the City of Russell accepted his offer and work began in early 1990. The first floor of the Center was comleted and opened to the public in October 1990. The basement has since been finished as an Art Education Center with a grant from teh Kansas Arts Commission. The entire center consists of 17,000 square feet of exhibition and event space.

The permanent art collection of the Deines Cultural Center includes all of the wood engravings done by E. Hubert Deines (1894-1967) as well as various works he collected during his lifetime. His own work is shown on a rotating basis at the Center.

In addition to the E. Hubert Deines display, the Deines Cultural Center features regional artist's work and traveling art exhibits on a regular basis. Other cultural activities such as recitals, readings and art classes are conducted at the Center.

Visit the Deines Website for current events and showings! 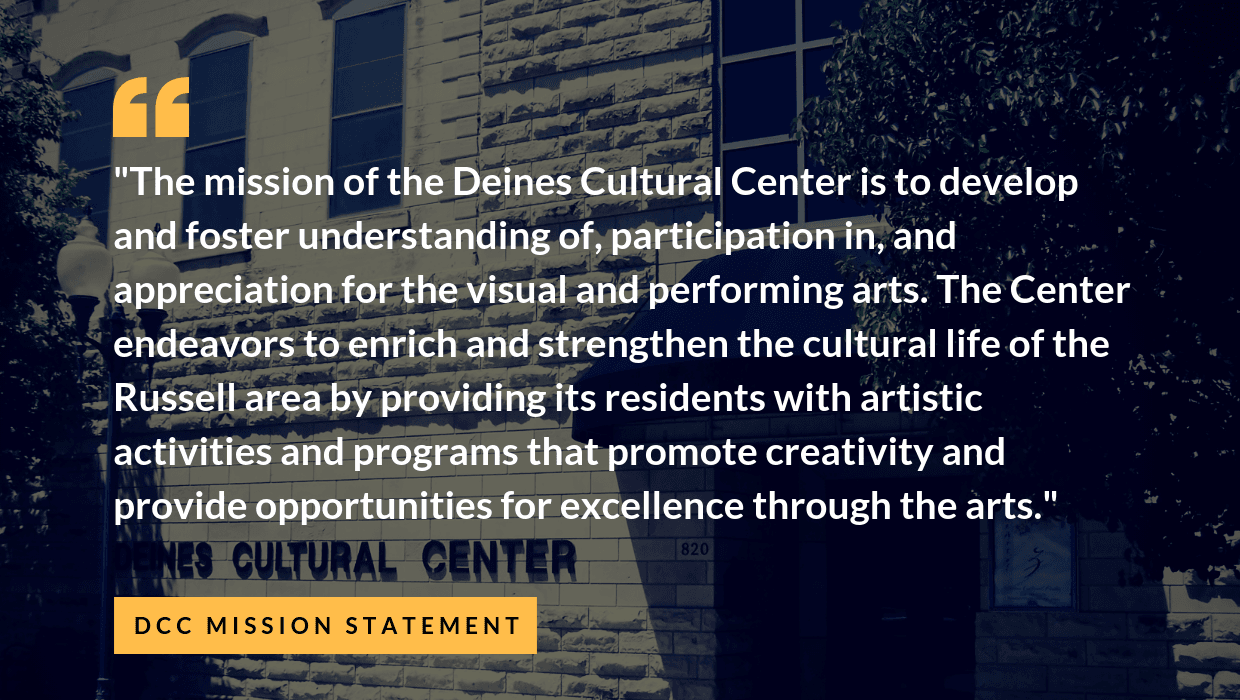