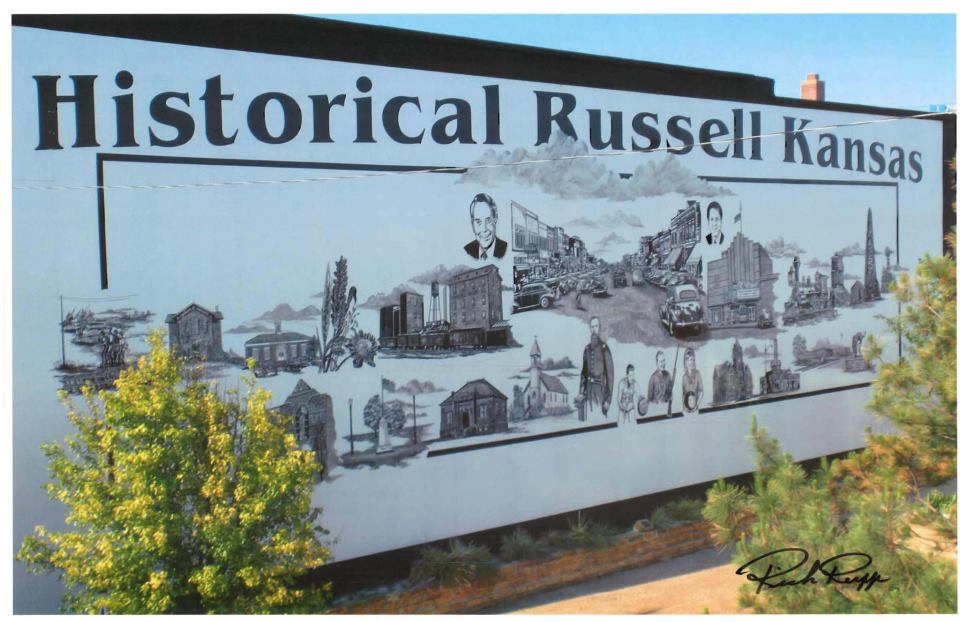 The City of Russell, the county seat of Russell County, Kansas, was incorporated in 1872. Russell is a city of the second class and is the largest city in the county with a population of 4,506 as of the 2010 census. Russell is located approximately 60 miles west of Salina, 35 miles north of Great Bend, and 25 miles east of Hays. Along Interstate 70, Russell is the half-way point between, Denver, Colorado and Kansas City, Kansas. Russell has excellent transportation facilities provided by Highway 40, 281 and Interstate 70. Rail service is provided by Union Pacific Railroads, and the City maintains a modern airport with a 5,500 ft. concrete surfaced and lighted runway, taxiway and parking apron.

The City owns and operates an electric generating and distribution system for a fifty square mile area, water transmission, distribution and treatment systems and sanitary sewer distribution and treatment system, approximately 55 miles of paved streets, a library, the Deines Cultural Center and 160 acres of city parks, which includes the Municipal Golf Course, Memorial Park Complex and Duke Johnson Swimming Pool. The economy of Russell and Russell County is primarily agriculture, oil production, education and health based. Russell is home to a wheat gluten and ethanol manufacturing facility that is housed in the city’s Industrial Park. Russell County is one of the leading counties in the production of oil in the state of Kansas.

City government is made up of a Mayor-Council-Manager form consisting of a Mayor elected at large, and eight Council members elected from four wards within the City, and a City Manager.
9
1
1
2
Notify Me®
Agendas
Bill Pay
Report a Concern
Employment
Forms
Government Websites by CivicPlus®
[]